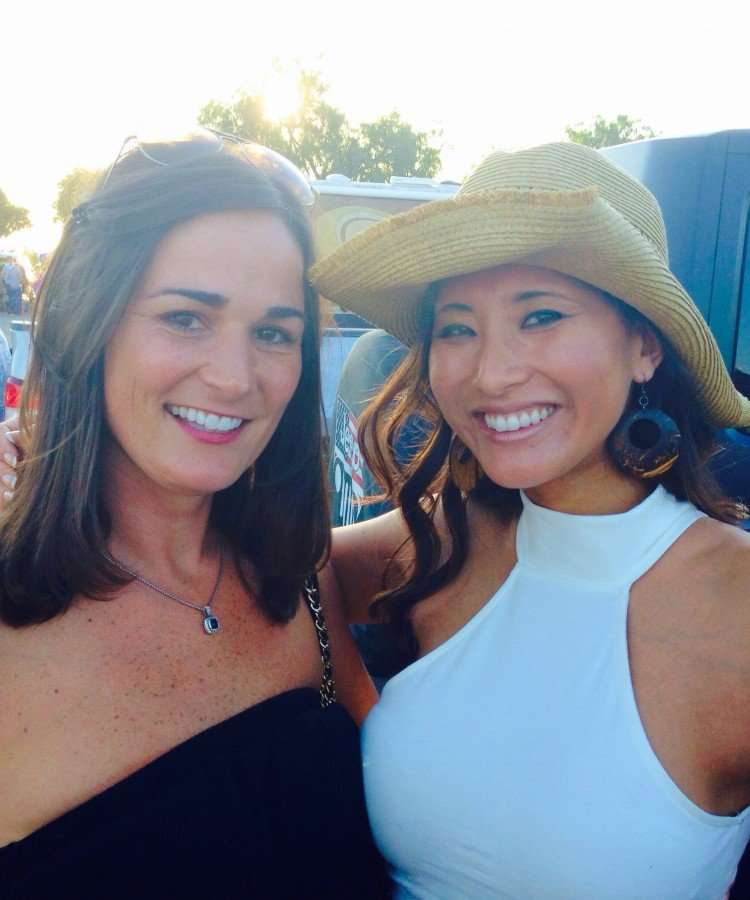 This past weekend I got to see one of my all-time favorite artists perform at Sleep Train Amphitheatre in Chula Vista.  Dierks Bentley rocked the house with his best show ever (hands down)…and I have seen a lot of shows.  I don’t understand how not every person in this world is a country fan.  I think it’s because country historically has had a negative honky tonk stigma and people don’t give it a chance.  They’re scared they might actually like it…and to their delight they probably will!  I’d much rather listen to songs with actual stories, heart and depth instead of incomprehensible lyrics about mischief and b*tches but that’s just me. 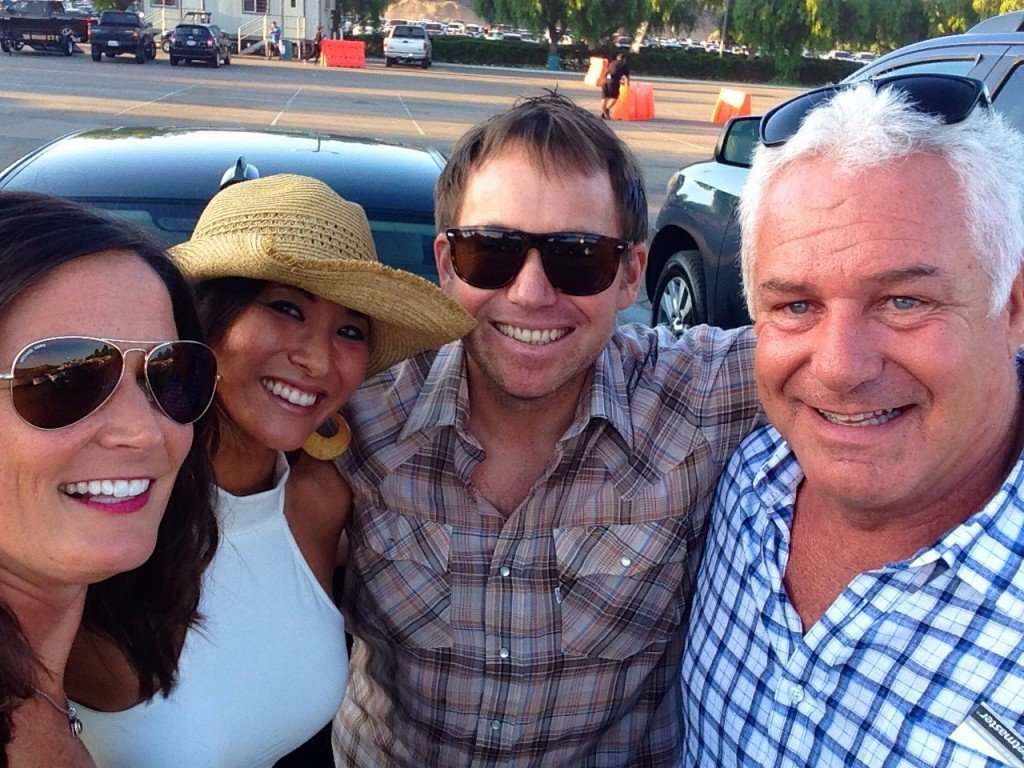 The crew tailgating at Sleep Train

The show opened with the classic Dierks Bentley flag, show-stopping pyrotechnics and a strapping Dierks perched on the podium with the beginning tones of “Sideways” playing in the background.  Indeed, “worked all week, it’s time to play, gonna get a little bit…sideways” and sideways we were!  One of the many highlights was his performance of “I Hold On”, one of my favorite songs about how he holds on to his roots and what all is important in his life: “Baby, looking at you right now, there ain’t never been no doubt, without you I’d be nothing, so if you ever worry about me walking out, let me tell you something.  I hold on.”  Something people unfortunately no longer do these days!  He killed his current single “Say You Do” and brought out his opener Kip Moore for his first encore song “What Was I Thinking”.  Classic!  Needless to say, he brought down the house with his final hit “Drunk on a Plane”. 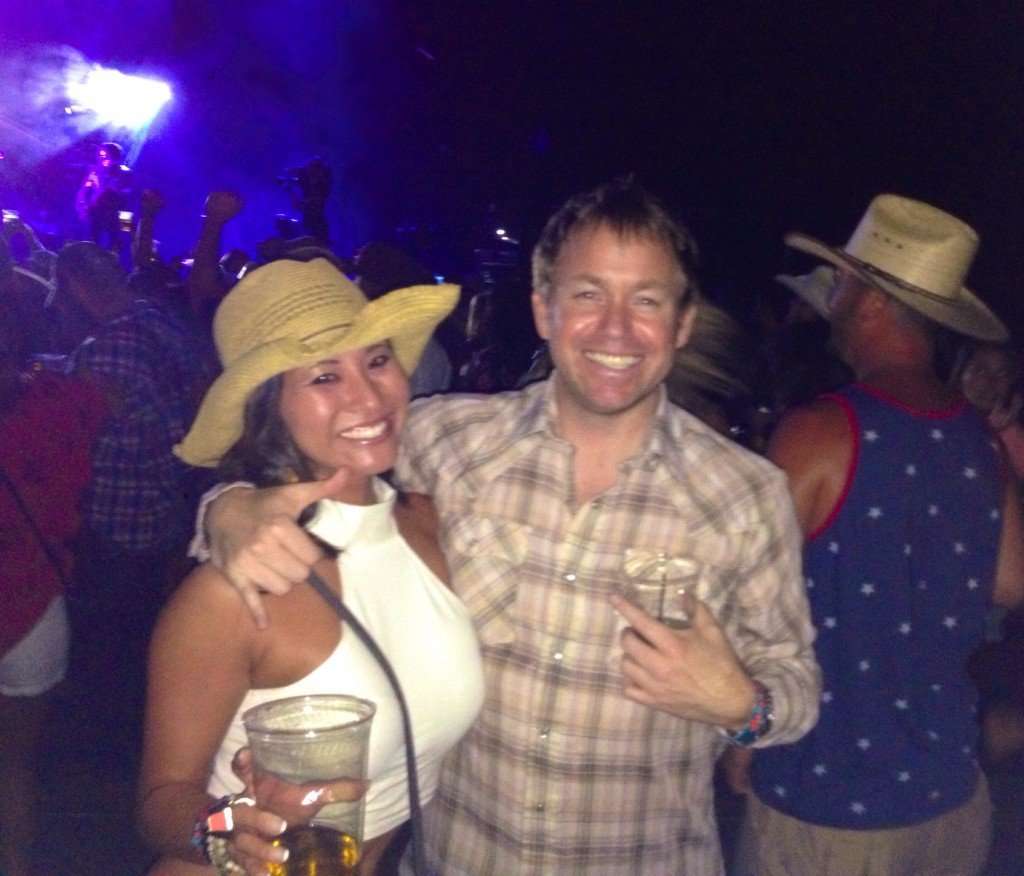 We continued basking in the glow of the show with a little dance party fiesta with the bands afterwards.  “Hangin’ memories on the high line poles. Free and easy down the road I go!” 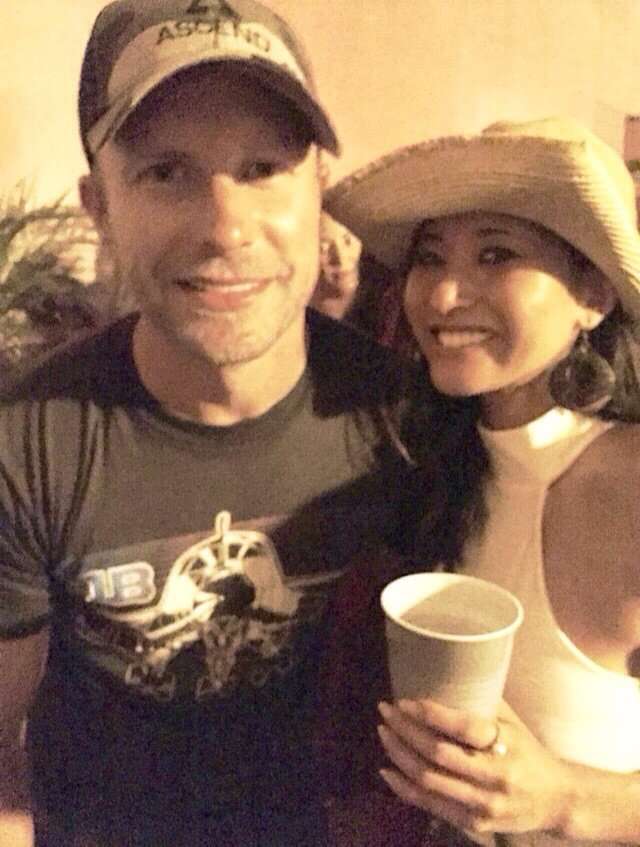 In honor of the evolution of the curl afro, here’s a walk down memory lane…starting as early as 2008!  Nationwide.   Youngins! 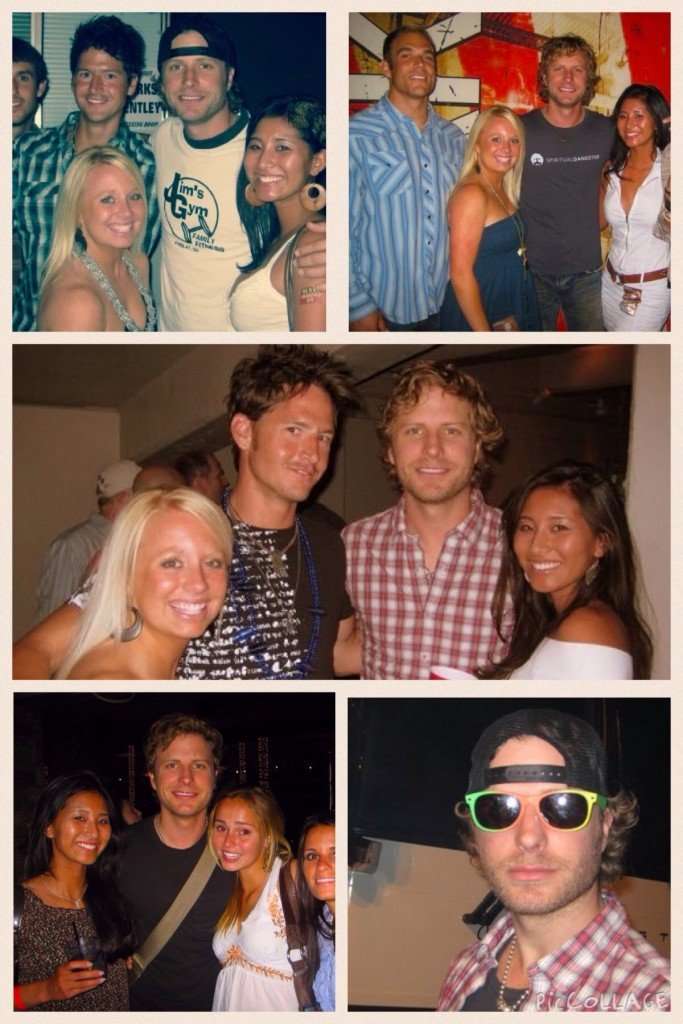 Through the years, hairstyles and ooutfits!